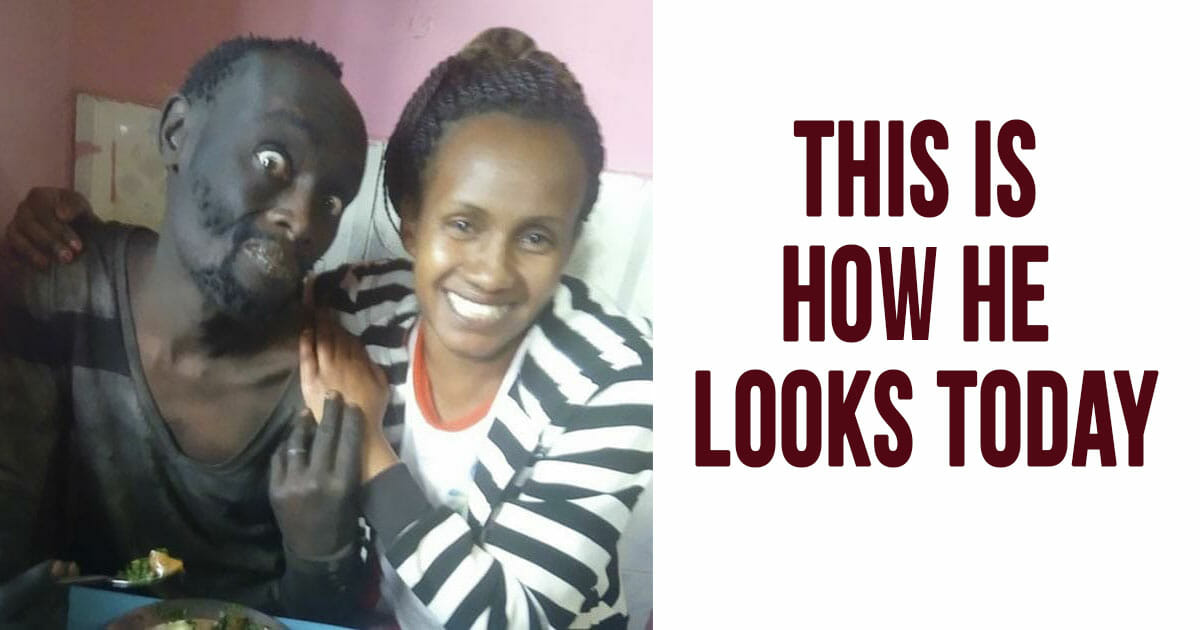 We never know what a huge part of our life someone can be when we first meet them. When we look back, it’s easy to believe that some people were just meant to cross paths with us. This story is the perfect example of that, and I got goosebumps when I heard about it.

Patrick Hinga was a kind young man who was faced with adversities early in life. He developed a drug addiction that led to him living on the street.

But when his childhood friend Wanja found him by chance, she was able to perform the impossible.

Today you won’t believe Patrick is the same person – see for yourself!

Patrick Hinga never hurt anyone, but his future didn’t look bright, and he began taking marijuana early on in life. Smoking caused him to have troubles in school, which created a vicious circle.

Patrick eventually moved onto stronger and more addictive drugs, and in the end he was unable to handle anything in his life. Patrick ended up on the street, starving and desperate, reports Daily Nation.

Landed in a mental hospital

The drugs made Patrick’s personality change completely. His mother didn’t know what to do, so she put him in a mental hospital. But sadly, Patrick felt that they were making him worse and ran away several times. Patrick came out of the hospital, and everything looked hopeless.

But then, childhood friend Wanya appeared.

Wanya sent him to rehab

When Wanya, Patrick’s childhood friend from school, found Patrick living on the streets and addicted to drugs, she didn’t hesistate to help him. She sent him straight to a rehabilitation centre, and didn’t take ‘No’ for an answer. Patrick had no other choice than to stick it out.

Found him a job

Because Patrick’s future looked so bleak, he felt he had nothing to fight for. Wanya helped him start his own business, called “Hinga´s Store”.

One year later, it’s hard to believe that Patrick is the same person. After his rehab treatment he began to work, and is grateful to now be living a whole new life.

“I feel like I am a new man. I pray daily, asking God to deliver me so that I am not pulled back to that life of drugs,” Patrick says in an interview with Daily Nation.

Here’s Patrick today. Do you recognise him? This is a great example of why we should never give up, no matter how hopeless it seems. There is hope for everyone, so please share this story to prove to people that, no matter what, better times are ahead.