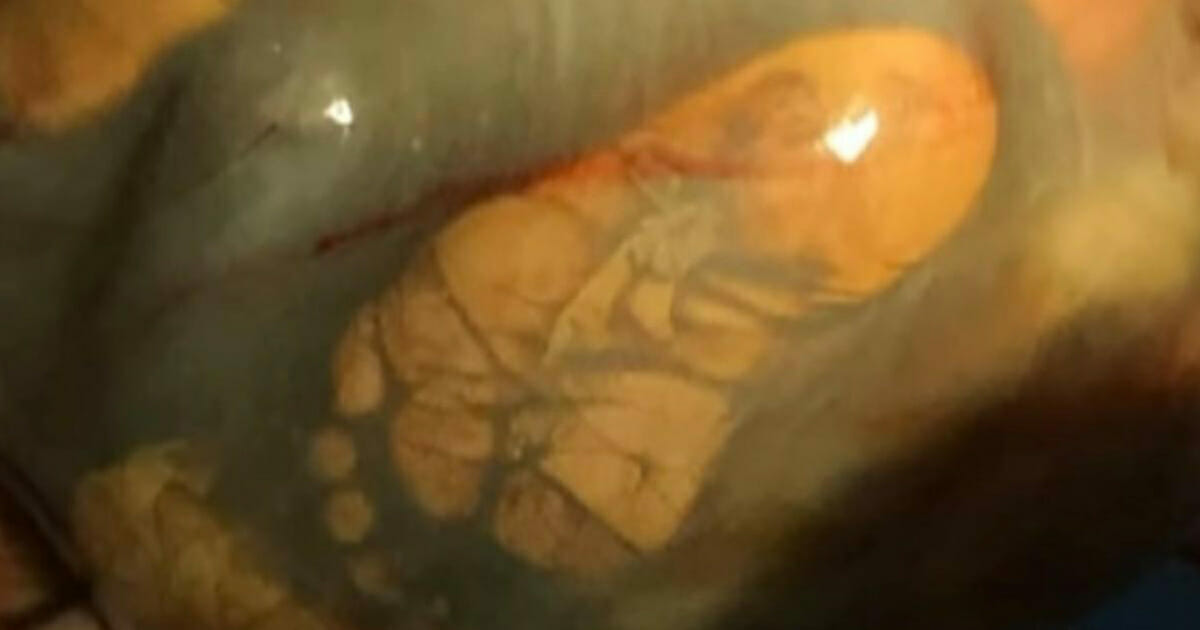 Welcoming a new life into the world is among the greatest moments you can experience in your life. However, it’s also dramatic and risky, so it isn’t uncommon for expectant parents to be worried about the upcoming birth.

It was a fear of hospitals, and what could go wrong during a doctor’s visit, that caused a 31-year-old woman from Russia to refuse to visit a doctor or midwife during her pregnancy.

But when the woman went past her due date, and there was still no sign of the child’s arrival, she began to get anxious. In the end, she felt forced to seek medical care … and when she finally reached the hospital, the doctors made a shocking discovery.

It was last Spring that the heavily pregnant woman stepped into a hospital in western Siberia, Russia.

The woman didn’t trust hospitals, and therefore hadn’t dared to come in earlier. No routine check, no ultrasound, no visit to a doctor.

But now she had reached the 41st week of her pregnancy – and the baby had still not arrived. She finally felt the need to go to the hospital to check that the baby was doing well.

But when she got to the hospital, the doctors made a scary discovery.

An ultrasound showed that the child was not in the mother’s uterus, but in the abdominal cavity. It was an ectopic pregnancy, also known as uterine pregnancy, which means that the fertilized egg embeds itself outside of the uterus.

It’s a rare occurence that only happens in approximately 2-3% of all pregnancies. It most often occurs in the fallopian tubes – but this time the embryo fastened itself in the abdominal cavity, which is even more rare.

As soon as the discovery was made, the woman was rushed to the operating room. It was highly risky for both the woman and the child: there are only a dozen known cases where both mother and child survive an eptopic pregnancy without complications.

The woman needed a C-section to deliver the child. But even that procedure was full of risks, since the removal of the placenta could lead to massive blood loss.

For over two hours, the doctors carefully performed the difficult surgery.

But eventually the doctors could see the little miracle with their own eyes.

They pulled out the fetal sack and realized that the baby girl wasn’t just breathing – she was absolutely perfect, and weighed more than four kilos!

It was an incredible birth that had defied all odds. According to doctors, the chance of survival was only 1 in 625 million!

The mother was so proud that she chose to name her daughter Veronika, which means ‘the victorious’!

In a subsequent interview, she said that if she ever falls pregnant again, she will definitely seek medical care from the outset and have all the necessary tests.

Thanks to their incredible rescue of her daughter, the skilled doctors have left an unforgettable impression on the mother!

You can see a clip about the birth here:

I could not believe my eyes when I saw this… If you were amazed by the doctors’ incredible effort, please help us share this story with your family and friends on Facebook!’