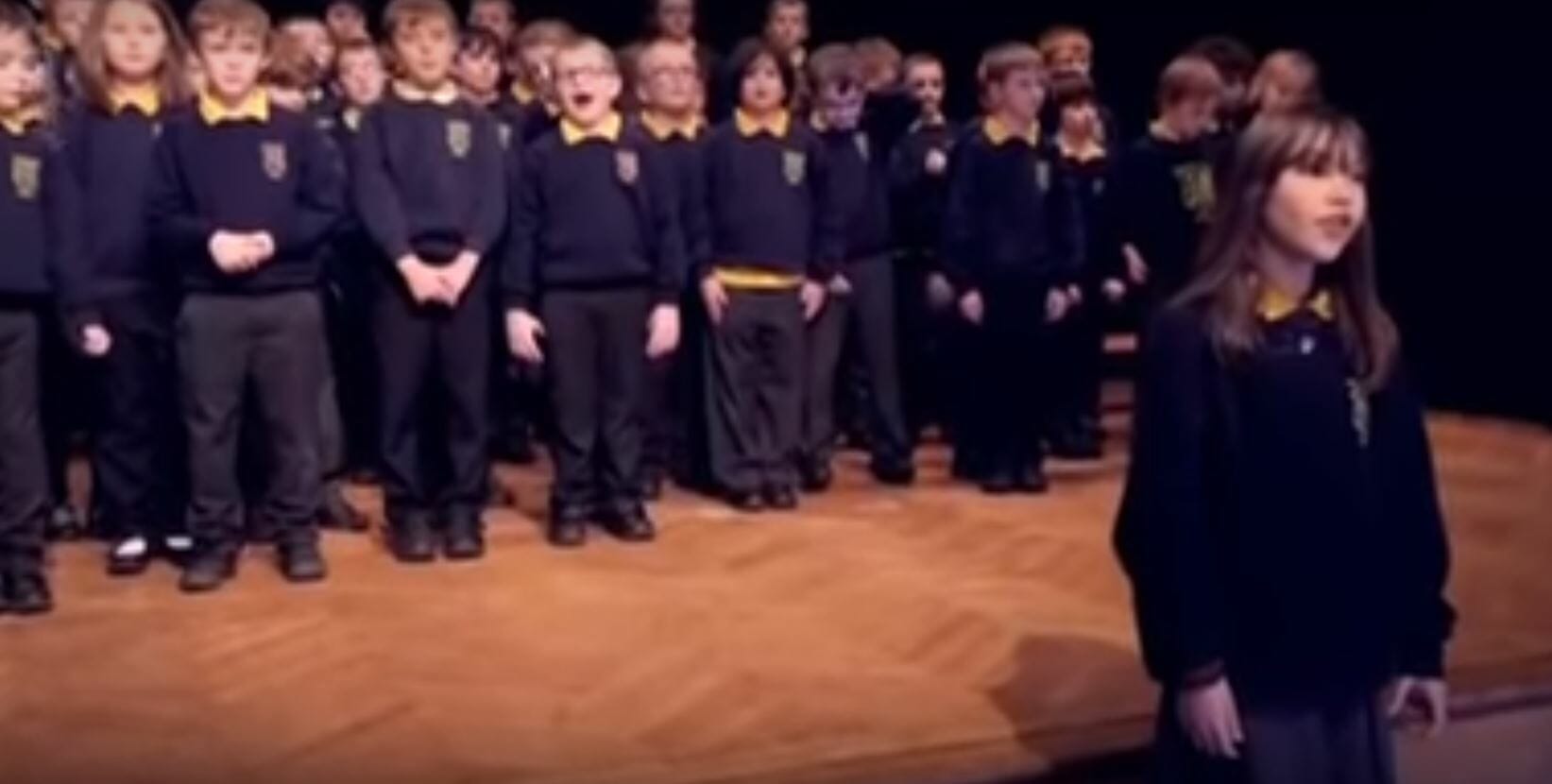 For a long time it was unthinkable. Throughout her life, 10-year-old Kayleigh Rogers has been extremely shy.

You see, Kayleigh has both autism and ADHD.

Children with autism often struggle to start and hold conversations with others — and for Kayleigh that meant that she had never dared to speak up in class, let alone stand alone and do something that would captivate them.

But then she enrolled at Killard House School in Donaghadee, Northern Ireland.

Kayleigh has always loved singing. It’s a way for her to control her ADHD and autism more easily. And once she enrolled at Killard House School, Kayleigh met a music teacher named Lloyd Scates.

Mr. Scates soon noticed Kayleigh’s talent. He encouraged her to sing solos and to develop her voice and her confidence. And then, Kayleigh started opening up.

“She always loved singing, but it wasn’t until she started at Killard House School that she really came into her own,” Kayleigh’s mother Tracy according to the BBC, adding “He’s like her safety blanket — he’s amazing.”

And when it was time for the Killard House School’s Christmas show, the brave girl did something incredible. In front of the whole audience and her whole class, she stood alone… and opened her mouth.

Then, she started singing Leonard Cohen’s masterpiece “Hallelujah,” and she did it with such talent, such magic, and self-confidence that there wasn’t a dry eye in the house.

Since a video of Kayleigh’s performance was uploaded to YouTube, the clip has racked up more than 7 million views — and it’s easy to see why.

Listen to the brave 10-year-old’s heavenly interpretation here. I promise it will hit you straight in the heart:

The tears just flow. I’m sure Leonard Cohen was watching from above and was proud of this 10-year-old girl who took on his beautiful song and gave it her absolute best.

Let’s all do this brave girl a favor and give her the attention she deserves. Such a voice and talent should not go unnoticed!