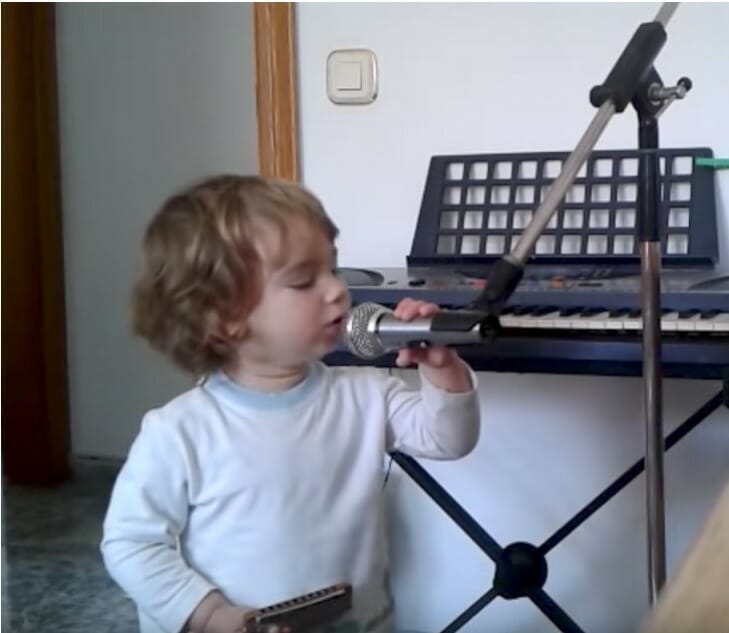 There’s nothing like a good sing-a-long to lift your spirits. Whenever I’m feeling low, I like to sing a few upbeat classics and in no time at all I’m smiling!

In case music didn’t have enough healing powers on it’s own, I’ve just stumbled upon this adorable blues session between a father and his two year old son.

You just have to hear what this little fella comes out with when he reaches the mic!

2 year old Luca isn’t just cute – he’s surely a future star in the blues circuit, at least if this adorable clip is anything to go by.

At first, it seems like our little star might have a touch of stage fright, as dad starts strumming the guitar and offering some words of encouragement.

But then he reaches the microphone and starts to sing… and wow, what a talent!

Who could have guessed that a two year old could put such feeling into a performance. It sure seems like Luca has seen a thing or two.

Check out his impressive performance for yourself in the clip below:

What a star! I can’t stop smiling after seeing this.

Go ahead and share this clip with all your friends on Facebook so Luca can brighten their day, too!