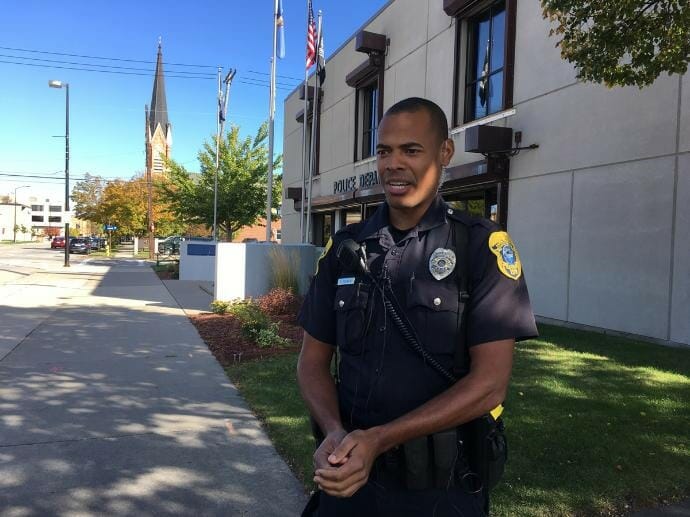 It’s not always easy to be a cop. When something goes wrong, they’re the people we expect to react immediately and to always get things right. When they get things wrong, we are quick to scrutinize.

But there are officers who go above and beyond to help people in need, who never expect any recognition in return. Just like Green Bay police officer Darryl Robinson, who was praised this week for how he responded to a call from a local elementary school.

On Monday Oct 23rd, officer Robinson answered a call from Howe elementary school after an 8-year old boy hadn’t been picked up. His mother was incarcerated and the school had no contact details for any other relatives. To make things worse, it was the boy’s birthday.

When Officer Robinson arrived on the scene, he knew just what to do to ensure that the little boy’s birthday was one to remember. After a ride in a cop car, he used vouchers donated to the police department by a local McDonald’s restaurant to take him for a bite to eat.

“We brought the eight-year-old to a squad. He’d never been in a police car before and was very excited to ride in one,” Officer Robinson tells ABC 2.

“We gave him some Packer cards and little Green Bay Police tattoo. And then I brought him to McDonald’s, got him a sandwich and then brought him home, turned him over to his grandfather and he had some other siblings there as well.”

”Thank you to community partners, like McDonald’s, that allow us to help out others in small ways during our interactions throughout the shifts. Thank you to Officer Robinson for taking some extra time to celebrate the child’s birthday; we are proud to have him as part of the GBPD team!”

However, Robinson was quick to pay tribute to his fellow officers and colleagues. “Officers do this everyday. Not just police but different public service jobs as well —teachers, social workers.  All of us do this, it’s not a rare occurrence,” he said in a statement.

He also says that he plans to keep in touch with the little boy.

“I do plan on checking on him and seeing how he’s doing. If he wants to come tour the police station or see more stuff, like the SWAT vehicle or other emergency vehicles that we have, and play with the lights and sirens, I’d be happy to do that with him.”

See officer Robinson speak about the call in a news clip below:

What an awesome thing to do for this little boy on his birthday. I’m sure it was a day that he’ll never forget.

Officer Robinson truly is a role model. Share this article if you think our hard working police officers deserve all the respect in the world.